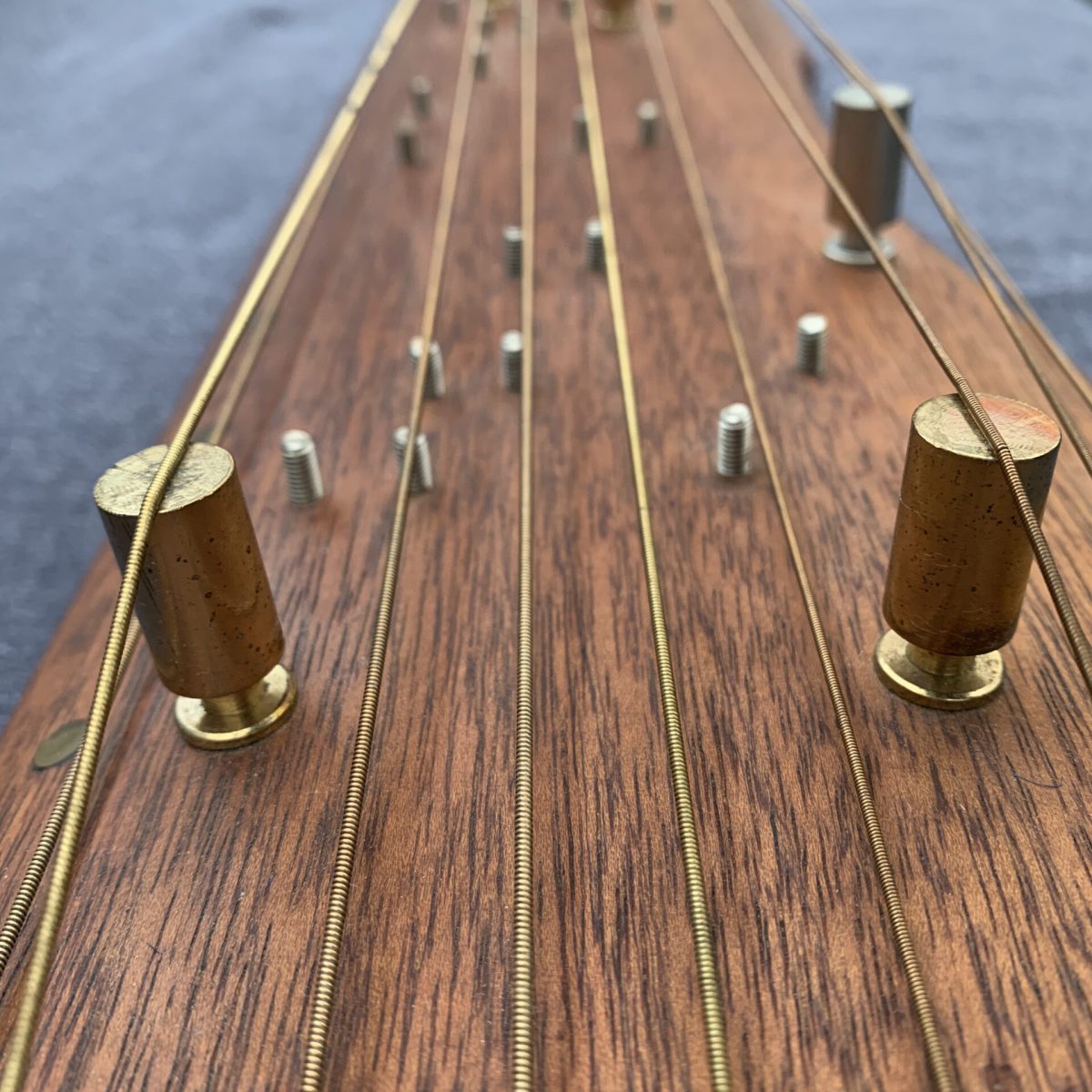 1972
Start of construction of acoustic instruments, board zither and monochord

1979
Start of the development of electronic stringed instruments

January 1985
Bangalore, India
Presentation of the electric vina at the first congress for South Indian music

March 1985
Pfaffenhofen a. d. Ilm
Sounds beyond heaven and earth

Press on the Exhibition “Querformat”

To anticipate the highlights right away, we must first mention Wolfgang Hauck, who deserves a special mention with his versatility (jewellery, painting, metal sculpture and not least because of the construction of his archaic musical instruments). Without going into the artistic and philosophical content of his various works, perfectionism in the examination of his works and their realisation must be attested to him.

21 June 1986
20:30 until daybreak
At a pond between Königsfeld and Geisenfeld
The journey to unconscious memory
Organiser: Fool Time Living Company – Society for Performance Realisation e. V.

1987
LISTEN + GAMES
Concept for and with the group art experiment e. V.
Not released

PARTICIPATION IN EXHIBITIONS WITH
SOUND OBJECTS AND SOUND SCULPTURES

1988
Dachau
The other exhibition – Schloßtangente
Sound installation and performance – schwoam mas abi
(Bavarian slang for: we’ll wash it down)

Stagings and performances from 1991 onwards are realised with the genre “theatre on stilts”.
See also -> Theater Die Stelzer

From 2013 onwards, exhibitions in the format of socio-cultural art projects such as “Architectus Lucis” or “2020-1945” will follow.
See also: -> Projekte