Between 1984 and 1988 I gave 12 concerts and accompanied art exhibitions or actions with sound performance. 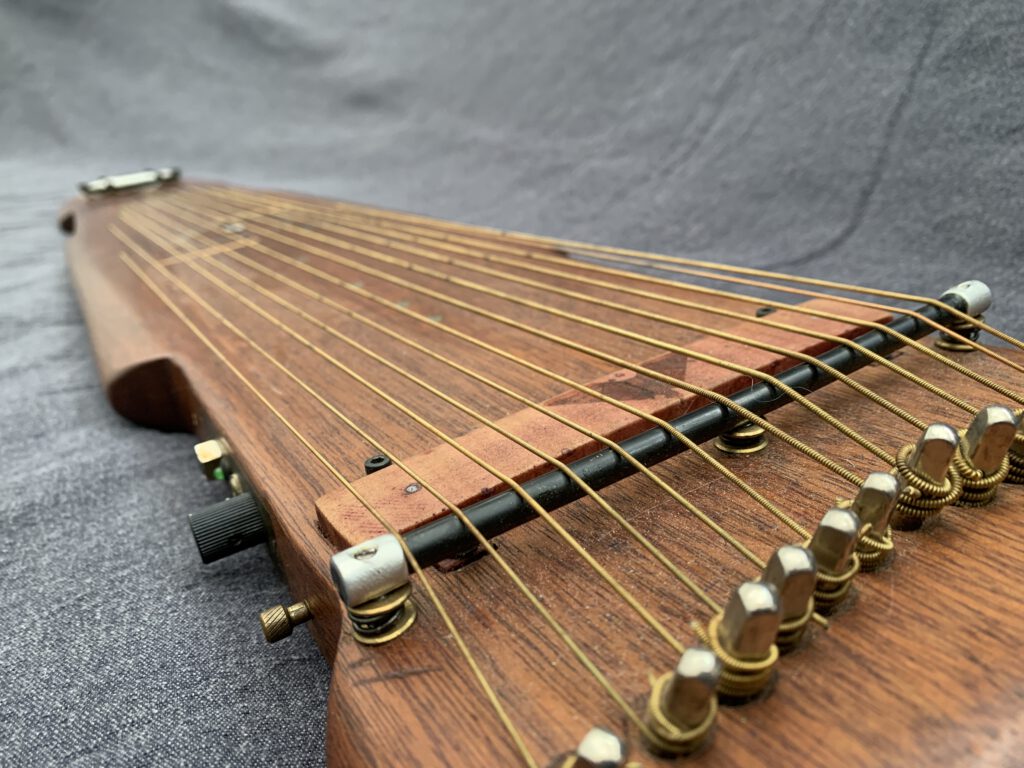 From the 1985 programme description

“Cult bound and legend shrouded, music has a central position in the existence of the mythically living man of prehistoric times, to which the rational thinking man of the Holocene, the geological present, has no direct reference and therefore no direct access.

My approach is not a primitive regression or a musical atavism, rather I try to be a mediator between the worlds and the immense temporal dimensions with these instruments, I try to approach the unheard-of.

Background of the instruments

The explanation of the archaic character of the instruments means that I have conceived and developed the “archaic” instruments beyond their use as musical instruments or music therapeutic applications as instruments with which I hope to make certain primal and pre-musical elements of life and consciousness experienceable again for myself and other people.

“Archaic” means to me in this context, the direct experience of the origin, the big bang, the primal sound or primal scream, sizu experience, which is withdrawing more and more from us.

Not much of the material heritage has been preserved from the cultural development, which was noticeably accelerated in the Pleistocene some 200,000 years ago: Graves, bones, flutes and petroglyphs carry the other, the immaterial heritage within us. That which was also the driving force behind the shaping of life in those days.