Pfaffenhofen – “The room in the Haus der Begegnung in Pfaffenhofen on the first floor was not seated. The audience sat or lay on the floor, and when I think about it, the vibration of the parquet floor certainly contributed to the intense effect at that time. The instruments not only represent the respective musical traditions, but also the underlying philosophy, culture and religion that originated in China, Japan, India and Europe centuries ago.” Wolfgang Hauck fondly remembers his concert 34 years ago at the Haus der Begegnung. Now Hauck releases the concert on CD and on the well-known streaming portals on the Internet. “Concert 1986 For Electric Koto, Vina And Chin,” is the name of the release.
Read more:
Pfaffenhofener Kurier December 17, 2020

ARTICLES FOR THE EXHIBITION SCHLOSSTANGENTE 1988, Dachau

A comparative exhibition initiated by the Dachau artist “gigi” was to be a critical-artistic approach to deal with the meaning and the events surrounding the traditional “Dachau Castle Exhibition”.

“At the invitation of the participating artists, I developed a space-sound performance.

First of all, it was about the role of the “cultural city of Dachau” and its striking attempt to cover up a historical “flaw”.

This shows a museum-conserving attitude of the city to remain in the familiar, in the promising, and with this label – as a privilege of good taste – to reduce the procreative conditions of the creative to effect and effect, and thus to sterilize them.” 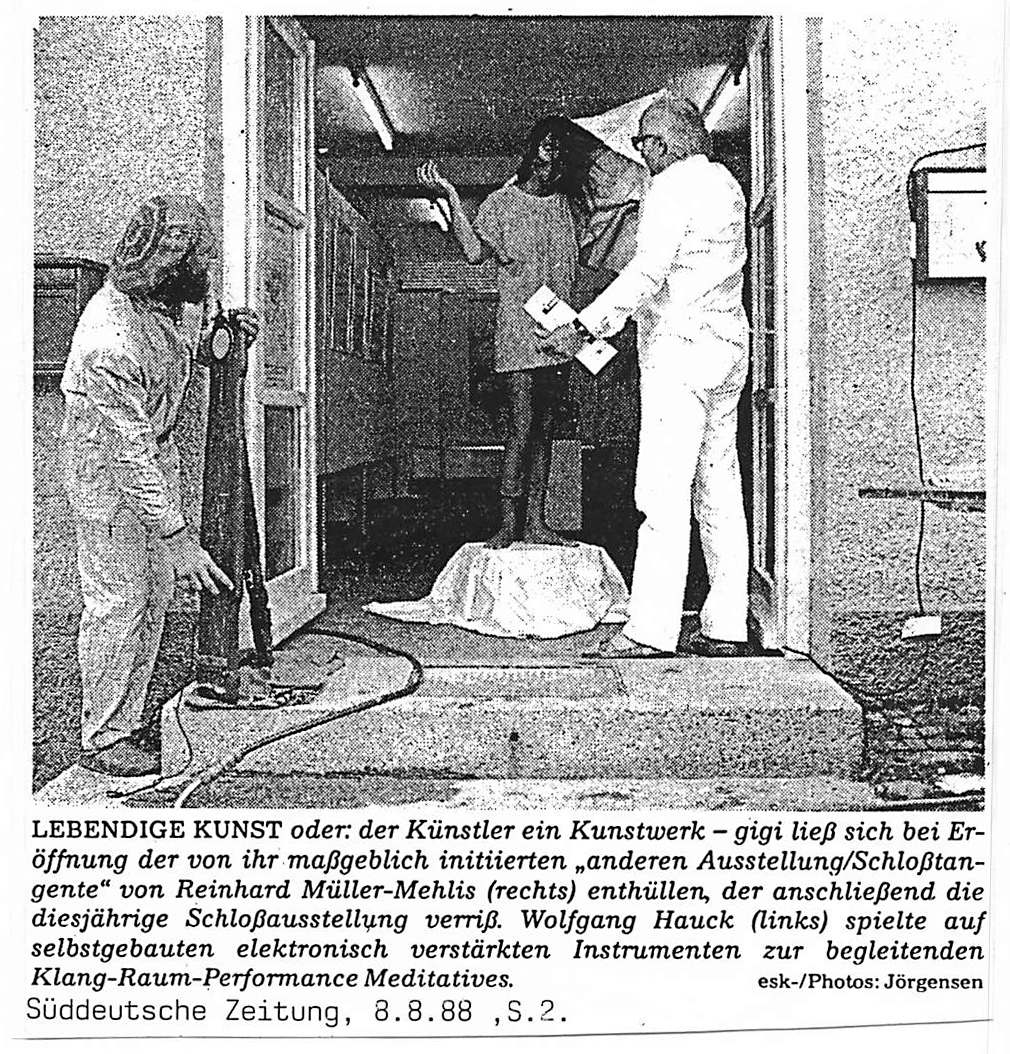 ARTICLE ABOUT THE EXHIBITION 1985

Press comments on the exhibition „Querformat“

To anticipate the highlights right away, it is necessary to mention first Wolfgang Hauck, who deserves a special mention with his versatility (jewelry, painting, metal sculpture and not least because of the construction of his archaic musical instruments).

Without going into the artistic and philosophical content of his various works, he must be credited with perfectionism in his approach to his works and their realization.